Pretty much everyone and their dog was trying to long the Swiss national banks EURCHF peg of 1.20 using the promise of the SNB to protect the 1.20 floor with “unlimited funds”

On the 15th January , the SNB out of the blue announced they were no longer supporting the 1.20 floor which means they are no longer going to be buying euros to support it. saying the the floor was not longer justified. the upshot was that the chf pairs especially EURCHF dropped like a ton of lead.

All the long positions dropped massively into huge losses and in the space of a few minutes the pair had dropped from 1.20 to under parity.

Stops were impossible to honor as there was no one to buy.Liquidity had vanished in a blink.

Result was that the majority of traders holding long positions were margin called and their accounts instead of showing a zero balance showed a negative balance. In theory this means that the traders now owe the broker whatever that negative sum is and in the case of FXCM $225 million.

Some brokers offer a guarantee to their clients that they will never owe a negative balance back to them. Alpari being one of these is now insolvent.
Some brokers have even reported that they are ” fine” , have solidly capitalised on this event ” or “have made minmal losses”.

This would be Thomas Jordan of the SNB. 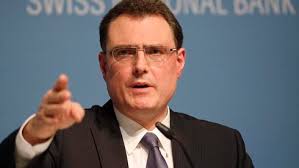 He was the one who stood up and announced the ending of the SNB’s protection of the 1.20 floor.

So ultimately the buck stops with him.
Remember this was the guy that succeeded Philipp Hildebrand, when it turned out that Hildebrand’s wife had been trading forex weeks before he pegged the value of the Swiss franc.
Hildebrand obviously had to resign to protect the SNB’s reputation.

In fact as little as 3 days before this, SNB’s Danthine said 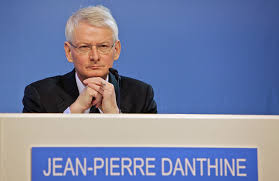 “The Swiss National Bank’s cap on the franc at 1.20 per euro will remain its key monetary policy tool”

“We took stock of the situation less than a month ago, we looked again at all the parameters and we are convinced that the minimum exchange rate must remain the cornerstone of our monetary policy,”

Jordan then steps up and says this:

Next Thursday the ECB ( Mario Draghi et al ) is due to announce a fresh program of QE for the eurozone, they have been talking about this for a while and preparing the market for it as it is sure to drive the euro down even further.So they have been trying to mitigate the effects of the this announcement by not springing it on the market.
My own opinion is that Mario Draghi and Jordan have been talking and even though the talk is of a “relatively agressive” QE program it is possible that it might be a “very agressive ” QE program and this has spooked the SNB into removing the floor when they worked out how many more billions of euros they would have to buy to support the 1.20 level.

Could this have been handled better?

No instead of this they dump it on the market and send it into a panicking spiral of debt. Rememeber also that the Swiss have a pretty low inflation rate as well so doing this now , in the way that it was done, just does not make sense.

The effect on the brokers was immense in some cases .

Alpari have are in insolvency as clients losses exceeding their account size is owned by Alpari.

IG Group announced a potential hit of GBP 30mln they said “it closed its client’s positions at a more beneficial level than the Co. was able to close its entire corresponding hedge to the market dislocation.” Co. shares fell by as much 6.7% in reaction in response.

FXCM, one of the world biggest brokers, said its clients owed USD 225mln on their accounts after “generating negative equity balance”. FXCM also added added that it may be in breach of capital requirements. FXCM’s shares dropped by 80% in value giving them a market capital of around $50 million and their shares were suspended pre NYSE open.
FXCM had to then reach out for financial backing and found this from the Jeffries group who has “loaned” them $300 million to continue in business.

Interactive Brokers said that “the impact of CHF move was about USD 120mln.

Excel Markets are insolvent and told its clients that in can no longer meet the regulatory minimum capitalization requirements of NZD 1mln and will not be able to resume business.

Swissquote says it has set aside CHF 25mln of provision after the decision from the SNB adding that the provision will have an impact on its H1 profit.

OANDA has not dislose its losses but did issue a statement saying “despite suffering losses and vanishing liquidity in the institutional hedging market, it remained true to its 14yr legacy of transparency” (whatever that means)

However some brokers appear not to be affected.

London Capital Group has minimal exposure to the CHF move and losses will not exceed GBP 1.7mln

CMC markets sustained some losses although there is no material impact on the group.

ETX Capital said that movements in CHF have unaffected the business.

AvaTrade said that the SNB’s actions yesterday have no material impact on their business.

What this tells us.

Well it tells us that some brokers who say they operate a non dealing desk model are actually telling the truth and that possibly the ones that have had none to little financial impact might have actually been taking the other side of their clients trades (dealing desk model) these brokers may have also profited massively from this.

I also think that regulation will come in to minimise risks in the future by regulated brokers being forced to change their margin requirements.

What I do know is there are 1000′s or traders out there totally broken by this and also owing their broker 1000′s of dollars in negative equity.
It also provides a stark reminder that you should also only every use a properly regulated broker not one based in some odd island somewhere as even though some brokers have gone to the wall the regulated ones still have their clients money safe in segregated accounts.

Im sure this situation will continue to have an effect on the markets for quite a while so my advice for now is to stay away from pegged currencies.