What a mad week . Greece was certainly in the headlines .

Eventually news came that the deal had been done .

Then we hear that Laos ( the far right party) are refusing to sign the deal .

Also the  Greek police are threatening to arrest Troika members on suspicion of blackmail and members of the Greek parliament are resigning over the austerity measures.

It still remains to be seen if this latest bailout and further austerity will fix Greece’s problems. 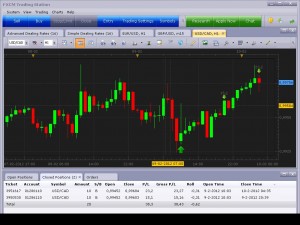 So our last trade of the week was kind of an odd one it was a long on USDCAD which bought in 40 odd pips. The trade actually promised a lot more and would have made a lot more but price action looked very much like it was going to turn back to the downside at around 0.9975 (see that bounce off the previous high and the shooting star ? ) so trade was closed.

As it happened this was a bluff ! and the price continued to march up to 1.0

So all in quite a satisfying week ,up 130 pips with no lost trades in that sort of market was excellent . A few members also jumped in on EURUSD and GBPUSD drops too in the trading room.